When it comes to marriage equality Australia is well and truly behind the times compared to the rest of the world. Australia is isolated among English speaking countries with laws that do not afford equal recognition of same sex couples who wish to marry.

Over twenty countries have passed laws to allow same sex marriage, including countries that are culturally similar to Australia. New Zealand, the United States of America, Canada, and Great Britain have all made marriage equality a reality.

In 2015 the Republic of Ireland held a referendum to sanction same sex marriage. A Yes vote was supported by the Government, all major political parties and the voters themselves. Also in 2015, same sex marriage was legalised in all 50 states after a U.S. Supreme court judgement.

Now, in 2017, Australians will have their say on the issue. From 12 September 2017, the Australian Bureau of Statistics (ABS) will undertake the voluntary Australian Marriage Law Postal Survey.

The survey will ask one question: Should the law be changed to allow same-sex couples to marry?

The push for a Yes vote is being lead by the the Equality Campaign, a joint initiative of Australian Marriage Equality and Australians for Equality. The campaign is calling on all parts of the community to support the Yes vote, including the sporting community – and the sporting community is responding. More than 20 sports organisations and professional clubs have pledged their public support. This includes some of the major codes including the AFL, FFA, NRL, Netball Australia and Tennis Australia to name a few.

Netball Australia Chief Executive Officer Marne Fechner said, “sport has a key role to play in fostering inclusion and diversity. With eight out of ten Australian families having some involvement with our game – either through playing, volunteering, coaching, or in the administration of the sport – we have an important role to play in creating welcoming environments.”

Indeed sport does have a role to play. Sport is widely acknowledged for the important role it plays in building social capital and community development. This includes the capacity to address social inequities and disadvantage.

The AFL has been a long time supporter of marriage equality and works hard to address discrimination and disadvantage through a range of programs and initiatives.

But their support is not a new position. As far back as 2015 the AFL, NRL and FFA teamed up in support of marriage equality. Around the same time these sports plus the ARU and Cycling Australia expressed their support for the Pride in Sport benchmarking instrument.

Since the announcement of the postal survey other sports have pledged support. Including the Australian Paralympic Committee (APC). APC President Glenn Tasker said it is important for the APC to take a stance and show their support in order to contribute to positive societal change.

“The core values of the Paralympic movement are courage, determination, inspiration and equality. Our organisation strongly believes in equality of opportunity for all, not just for some,” Tasker said.

“I am very proud that the APC Board believes in showing leadership on this subject, and we encourage anyone who has been touched by the power of Para-sport to come forward and show their support by voting ‘Yes’ too.”

and Netball Australia. Their statement acknowledges “Whilst this is a matter for every individual to consider on a personal basis, Netball Australia supports the same-sex marriage proposal.”

The NBL are also on board. In a statement the NBL Chief Executive Jeremy Loeliger said: “This is an important debate and we acknowledge the different opinions across Australia on the issue. Basketball prides itself on being the most accessible sport in Australia and one that is open to everyone in the community and the NBL is firmly committed to the values of inclusion and diversity. We support the right of same sex couples to marry and believe a yes vote in the plebiscite will only reinforce Australia’s reputation as a progressive, open and diverse nation.”

Despite the strong show of support from many major sporting codes towards the marriage equality campaign, discrimination, homophobia and exclusion based on sexual preference and gender identity persist.

A 2015 report – Out On The Fields – found 80 percent of Australian respondents thought LGBTQI people were not accepted in the sporting community, nine in 10 young people said they felt they could not be honest about their sexuality because of fears of discrimination, while 80 percent of respondents said they had experienced or witnessed homophobia in sport.

So this presents all in the sport community with the opportunity to ensure everyone feels welcome and valued equally, regardless of your views on marriage equality. So what can you do?

To see all sports who have pledged support through the equality campaign click here.

For the record it’s a YES! from Inclusive Sport Design. Check out our statement here.

Get more straight to your inbox! 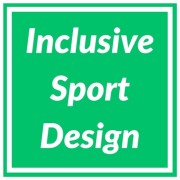 Michael is the owner and principal consultant at Woods Sport and Founder of Inclusive Sport Design. He is also a Director of The Inclusion Club, an international non-profit dedicated to sharing best practice in inclusive and adaptive sport. An inclusion and Para-sport specialist Michael works with National Sport Organisations through to community clubs to help increase access and opportunity for everyone to get involved in sport.

Here's three awesome reasons to join...
1. FREE ADVICE
You will get regular emails with highly valuable tips, resources and info to help you make inclusion happen.
2. TAILORED CONTENT
Over time I'll learn more about you and deliver content that is most useful and relevant.
3. LATEST UPDATES
I'll keep you up to date with what's going on in the world of inclusive sport.
We won't spam you.

Each week I will send you super actionable tips to help you take action on inclusion in your sport club or organisation.
You will join the ISD mailing list but I won't spam you. Unsubscribe any time.